Prague was thenceforth a city in the territory of military and political control of Soviet Union The always lively intellectual world of Prague, however, suffered under the totalitarian regime, in spite of the rather careful program of rebuilding and caring of the damaged monuments after World War II. In the 4th Czechoslovakian Writers' Congress held in the city in 1967 they took a strong position against the regime. This spurred the new secretary of Communist Party, Alexander Duběek to proclaim a new deal in his city and country's life, starting the short-lived season of the "socialism with a human face". It was the Prague Spring, which aimed to the renovation of institutions in a democratic way. Soviet Union and its allies reacted with invasion of Czechoslovakia and the capital in August 1968 by 7,000 tanks, suppressing any attempt of renovation. 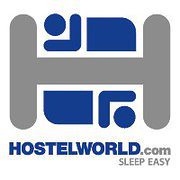